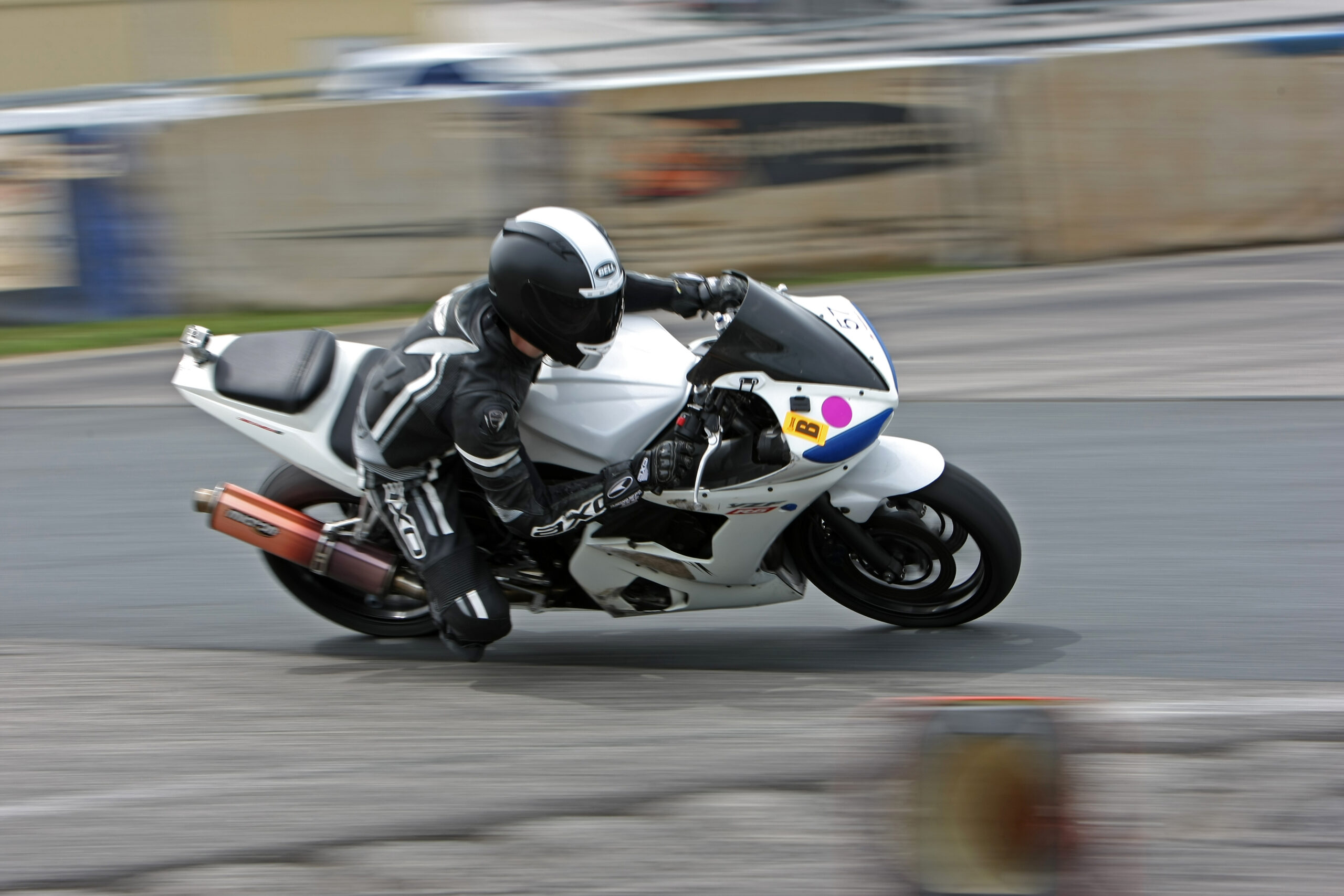 In June I went to New Hampshire Motor Speedway for another track day. I love riding on the NHMS track and I felt confident this year, maybe because I crashed last year and got over my fear of laying it down. I did come close to making contact with someone though which you’ll see in the video.

I always bring my GoPro camera but this time it wasn’t working as well. I recorded some decent footage but towards the end of the second day it would randomly shutoff in the middle of a lap. It was frustrating because I was feeling really good that second day.

I have decent body position on the bike but this year I really wanted to push myself to get faster. That means hitting the brakes later before a turn, carrying speed through the corner, and finally getting on the throttle earlier out of a turn. I felt I did a decent job at it but I have more work to do if I want to drop my lap times significantly.

A lot of riders have the goal of dragging their knee through a corner, I did as well but quickly changed my mind on it. I didn’t worry about grinding my knee puck on the track through a turn and instead focused on body position and my racing line. This year though I actually dragged my knee and I wasn’t even trying! My brother and I were racing down the front stretch and into the first turn I passed him (on the brakes later). While leaning into the long left turn I also passed a second rider. Immediately flicked the bike into the next right turn and I heard/felt a bang and then grinding on my right knee. It felt so good.

On these two-day track days there is a photographer who sets up cameras around the track to automatically take closeup photos of riders through the turns. He also positions himself at certain points on the track to get some great shots as well. Here are some of the best shots he took and sent me.